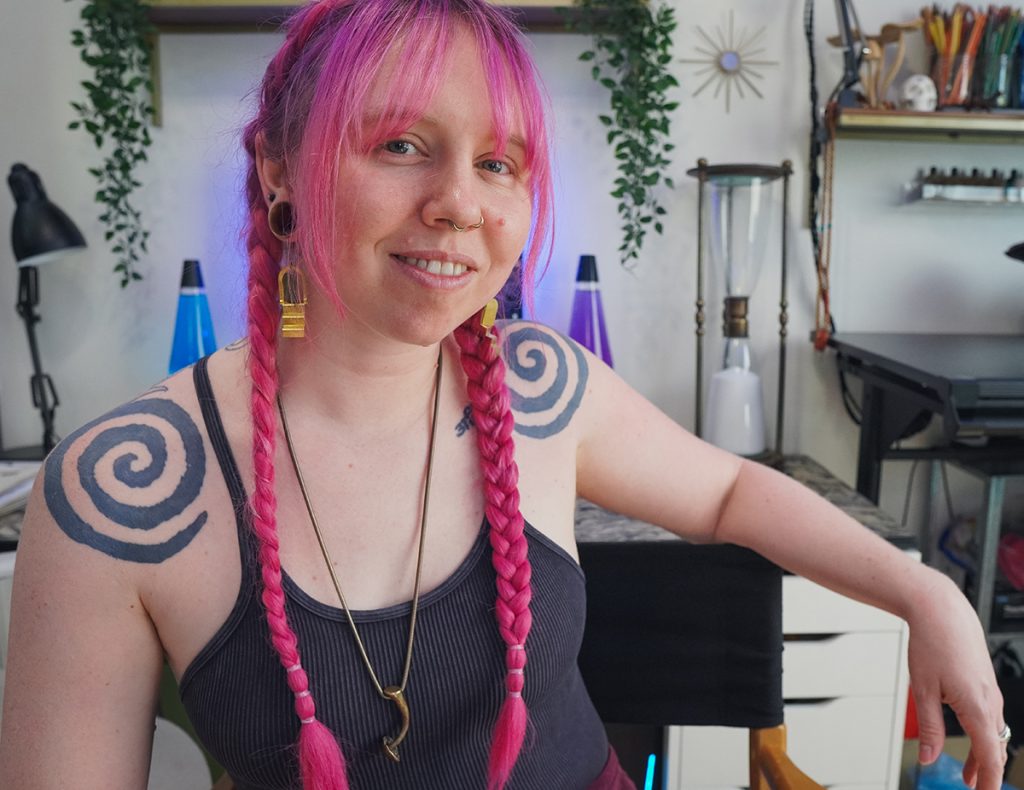 Julie Beloussow is a Los Angeles-based artist best known for her pen and ink illustrations of otherworldly characters.

Swirling and buoyant, they exist within a dreamlike realm among a host of totems based on personal associations. Often reminiscent of the mythologies and philosophies that have influenced her over the years.

Her interest in psychonautics and themes inspired by folktales, death, and the supernatural give viewers a glimpse of playfully strange apparitions with mysterious undertones both benign and ominous.

Beloussow works in a variety of mediums, such as ceramics and digital media, although recently her focus has been in ink and paint.

Her work has been exhibited at a number of West Coast festivals.